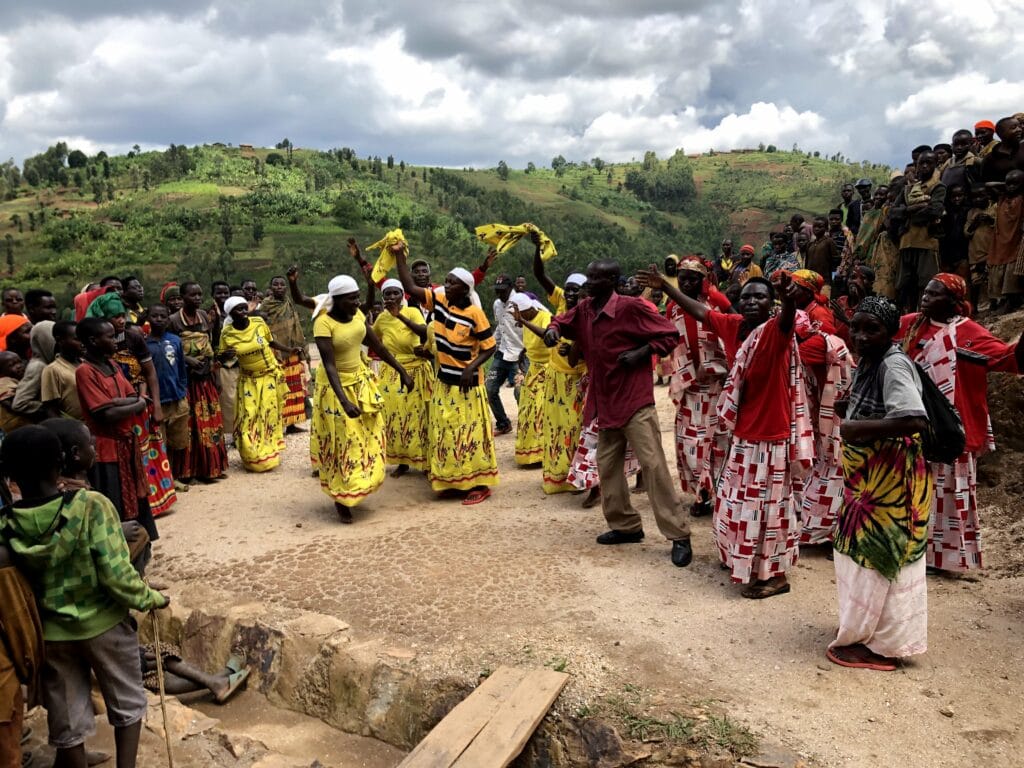 In the last year I have been absolutely blown away by the amazing work Raw Material have been doing importing coffee. More importantly, the wonderful work they do in coffee growing communities. They are a Community Interest Company, meaning that they give all profits made through the sale of the coffees back to the producers at origin. Given that we are still not at the size, where we can do such good work at source, it has been a goal of mine in the past year to try and move solely to working with coffee importers that are also involved in social initiatives in the counties they work within. Raw Material not only source some of the most delicious coffees I’ve tasted in the past year, their social work at origin is truly incredible! Thanks for all of your hard work and the delicious coffees!

Here’s all of their information about the beautiful Izuba Washing Station in Burundi:

Izuba meaning “sun” in Kirundi, is located in Runinya, Kabarore Commune, of Kayanza Province. The Izuba washing station is set close to a nearby river, providing a vital and regular freshwater source for coffee processing. The station is managed by Ntama Appolinaire, who works alongside Prosper Merrimee, the operational manager of RM Burundi. Izuba employs 2 full-time staff and around 250 seasonal workers, who are all local to the station. Izuba is situated near to the Kibira national park, where the soil and climate are paired well for fantastic coffee production.

Kigeri, Ryamukona, and Mugoyi are the three hills (collines) surrounding Izuba and the three areas in which coffee is collected or delivered from. Each volume of cherry sold to Izuba is recorded by producer and hillside, showing the minute variances in profile from locations surrounding the washing station. In 2020 we bought coffee from 1482 producers, 1169 of which were male and 313 female (around 26%). We processed 453,000kg of cherry, the max capacity of the station is 800,000kg.

Izuba currently produces washed coffees and is actively developing both honey and natural processed lots, which will become larger in volume this year. Washed coffees are fermented for around 12 hours and dried for an average of 20 days. Naturals take around 30 days of drying time.

Potato defect is tackled firstly through very thorough floating of cherries and then primarily by extensive wet sorting (this is the hand sorting that takes place under cover when the coffee has just been pulped and is still wet- the potato defect beans are most visible at this point).  Two new additional wet sorting sheds were added in 2020 to further improve this process. Once the coffee has been fully processed, the remaining coffee pulp is turned into a natural fertiliser as it degrades. When ready, it is distributed to local farmers to add nutrients to their soil.

The station aims to provide premiums where possible to not only the farmers but the station staff also. The employees were paid 25% higher than other local washing stations and 33% more than the national average salary. Producers are paid government-set prices for coffee cherries, in 2020 these were:

Producers are paid for cherry on two set payment dates in the year, which are also set by the government. The first is usually in April, very early in the harvest, and the second at the end of the harvest. Farmers essentially choose which station they will sell to that year through the first payment then deliver there for the whole season. At the end of the season third payments are made based on the quality and final sale price of the coffee. Making these three payments on time is a key concern for producers and one of Izuba’s primary goals in supporting producers.